When our Managing Partner, Dustin Westling’s, rescue dog, Skoki, turned one year old, we celebrated with Doggy Drag Show – a birthday party, canine costume show, and rescue fundraiser rolled into one very adorable and incredibly rewarding night. The event was held at a dog-friendly brewery in Calgary, Alberta, and human guests were encouraged to bring their dogs dressed up in their very best costumes. In addition to celebrating Skoki, the Show was intended to raise awareness and give back to Alberta Animal Rescue Crew Society (AARCS), the organization that rescued him.

For the first-ever Doggy Drag Show, our goal was to lay a foundation that would allow for future growth in sponsorships and attendance – and therefore greater awareness and fundraising potential – over subsequent events. To do this, we started by creating a fresh, memorable logo (featuring the birthday boy himself), and rounded out the brand with a website, a custom hashtag and social media accounts, and other assets that would serve the event now and in the future. Our in-house designers created a simple TikTok-style marketing video entitled “Fetch Yo’ Wig” that was simple and fun, and proved wildly impactful. We decided early on to keep the guest count and pre-event expenses modest for this inaugural event, investing a good portion of our very limited budget in capturing photography and video that could be used to market future events.

Inspired by the iconic Ru Paul’s Drag Race, we bought out Cold Garden Beverage Company and filled it with humans and their costumed pups. A runway gave the dogs a chance to show off their over-the-top looks, and the human-and-pup photobooth included two podium heights to accommodate large and small dogs. A small pop-up shop sold shirts, dog tags, stickers, and other dog-related swag, and our caterer provided light snacks for humans, along with custom-made healthy dog treats that proved very popular among our furry guests. At the end of the night, an award was handed out for the best costume, with the winner taking home a custom leather collar created by local designer Kat Marks of LETHRBAR – and, of course, major Barking Rights among their peers.

The inaugural Doggy Drag Show was a sold-out event, with our incredible venue hosts working with us and the fire marshal to make some last-minute layout changes to allow for an additional five dogs and their owners. All proceeds from the event were given back to AARCS, and the tone was set for a totally original must-do event that guests and their friends would be lining up for next year. In a touching full-circle moment, it turned out that the evening’s costume contest winner, a pup named Winnie who arrived dressed as a flapper, was also an AARCS adoptee. Winnie and her owners were a powerful real-life example of the impact AARCS has on dogs and their humans. 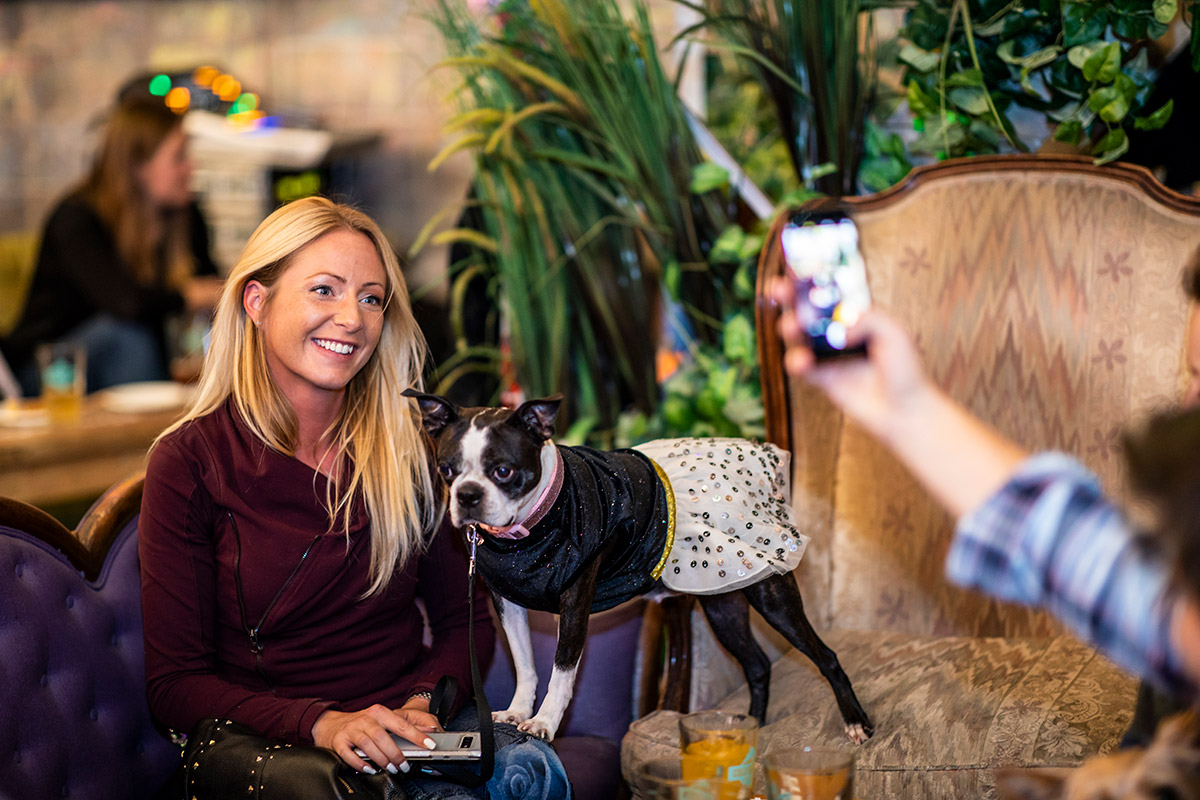 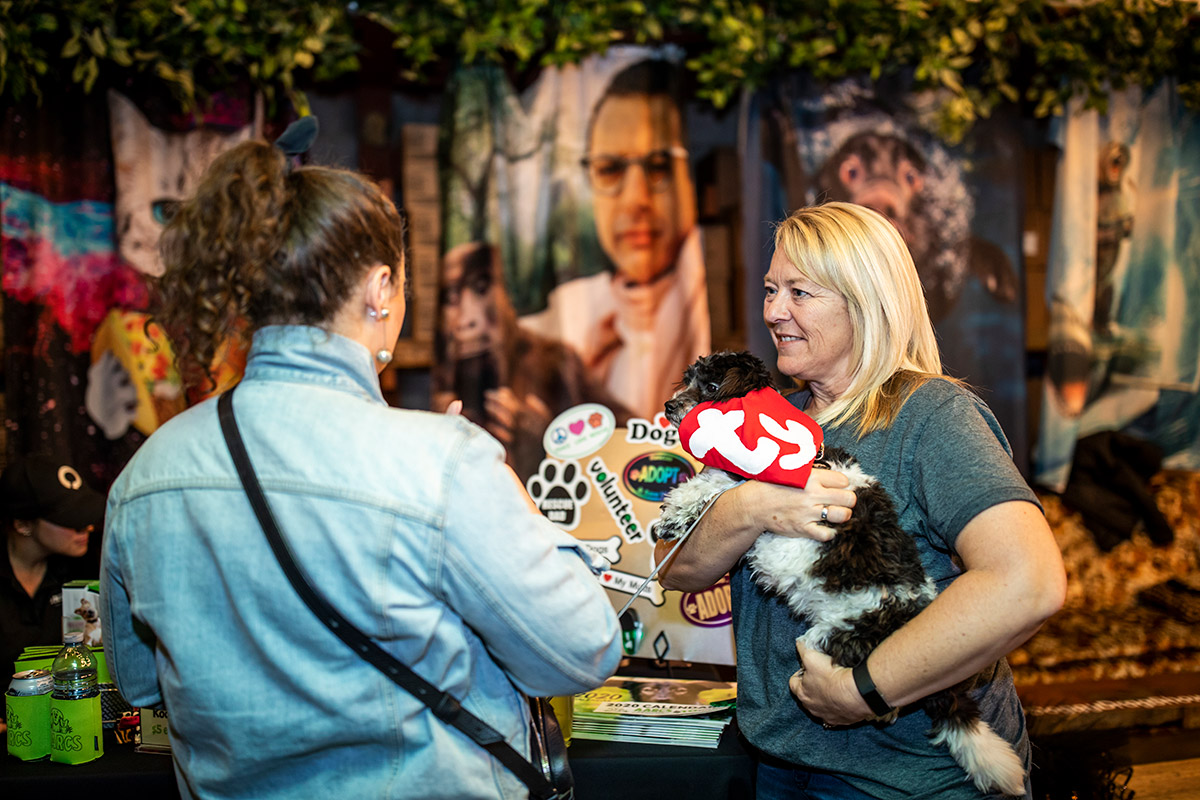 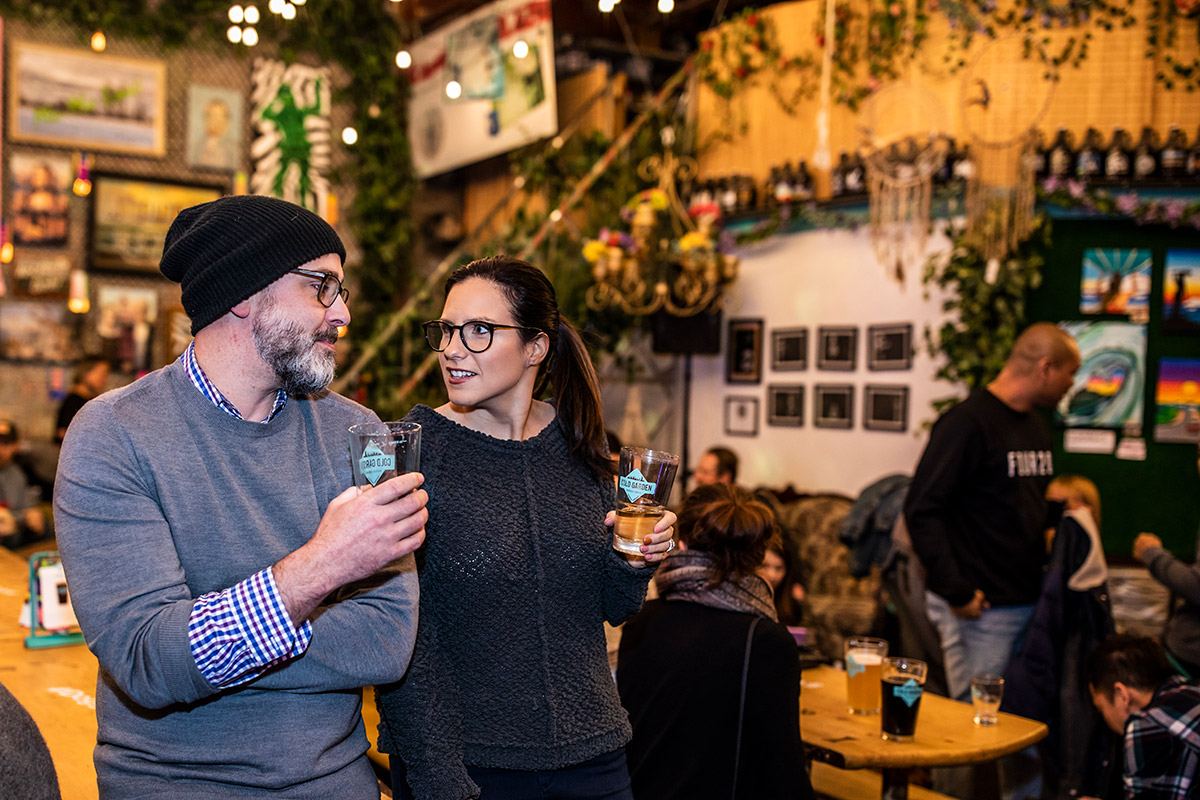 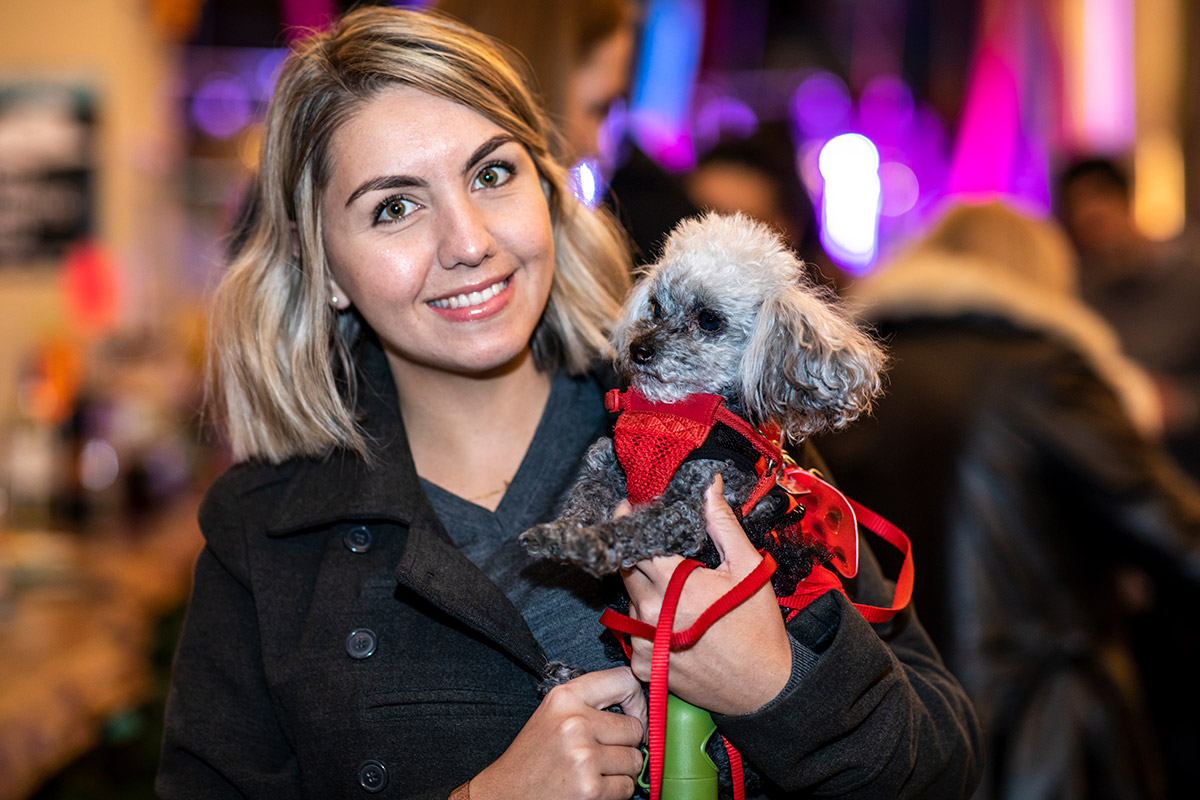 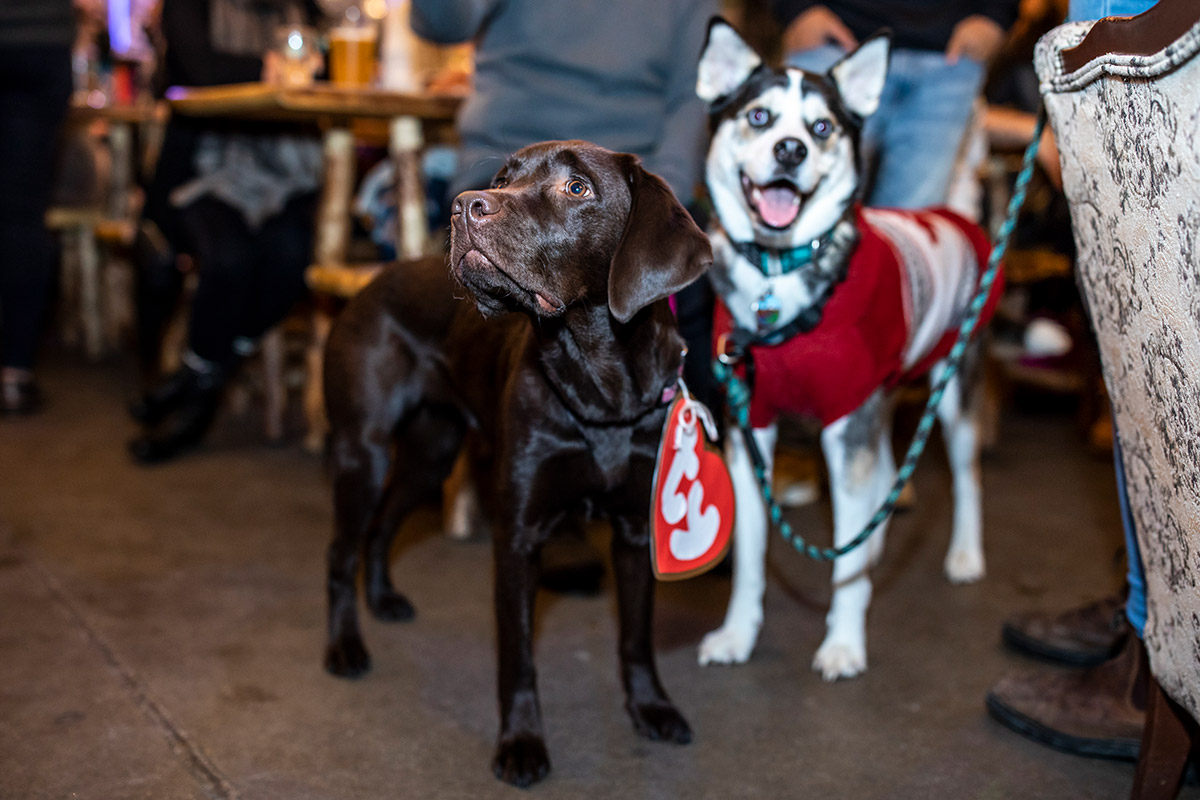 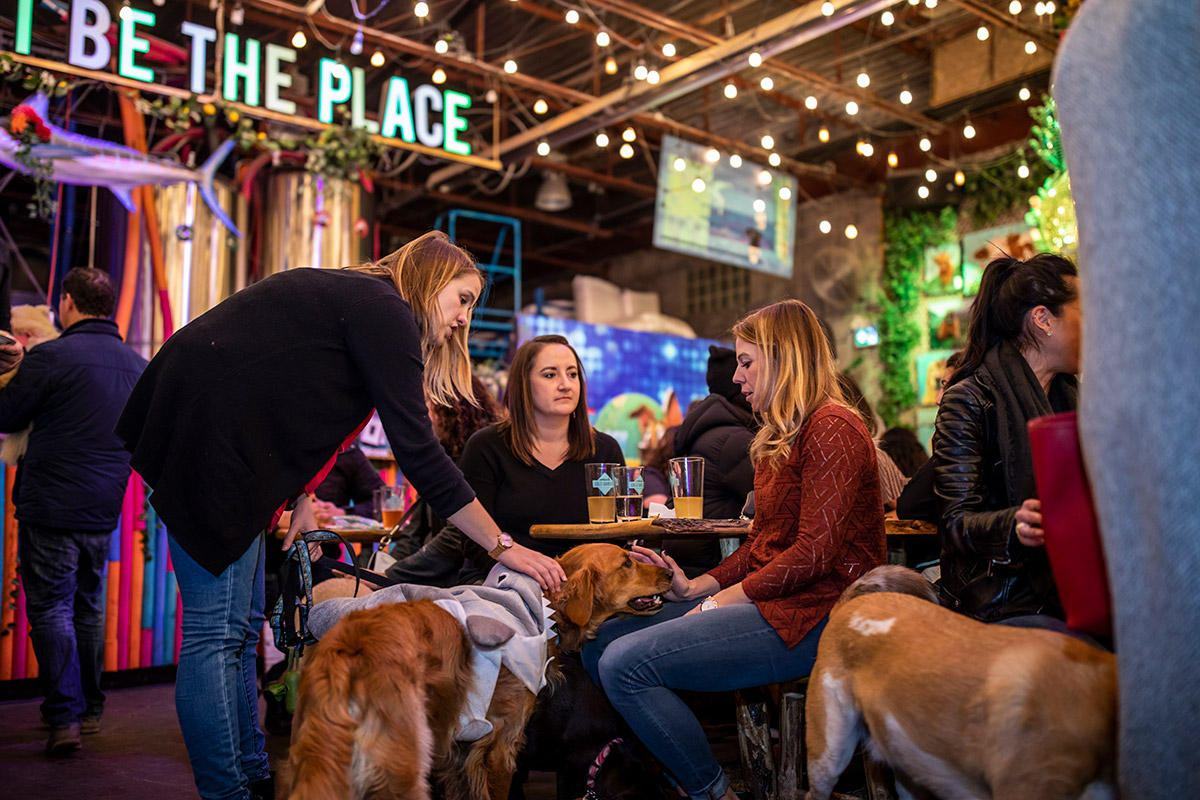 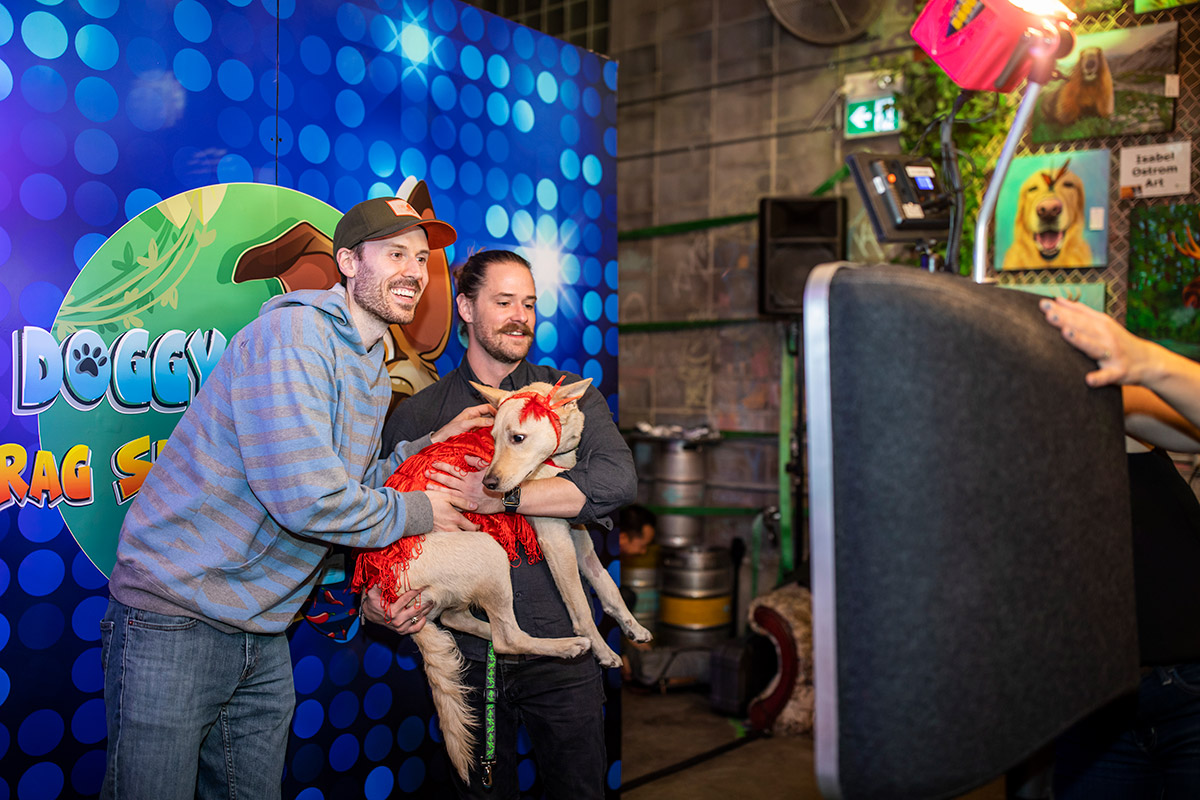